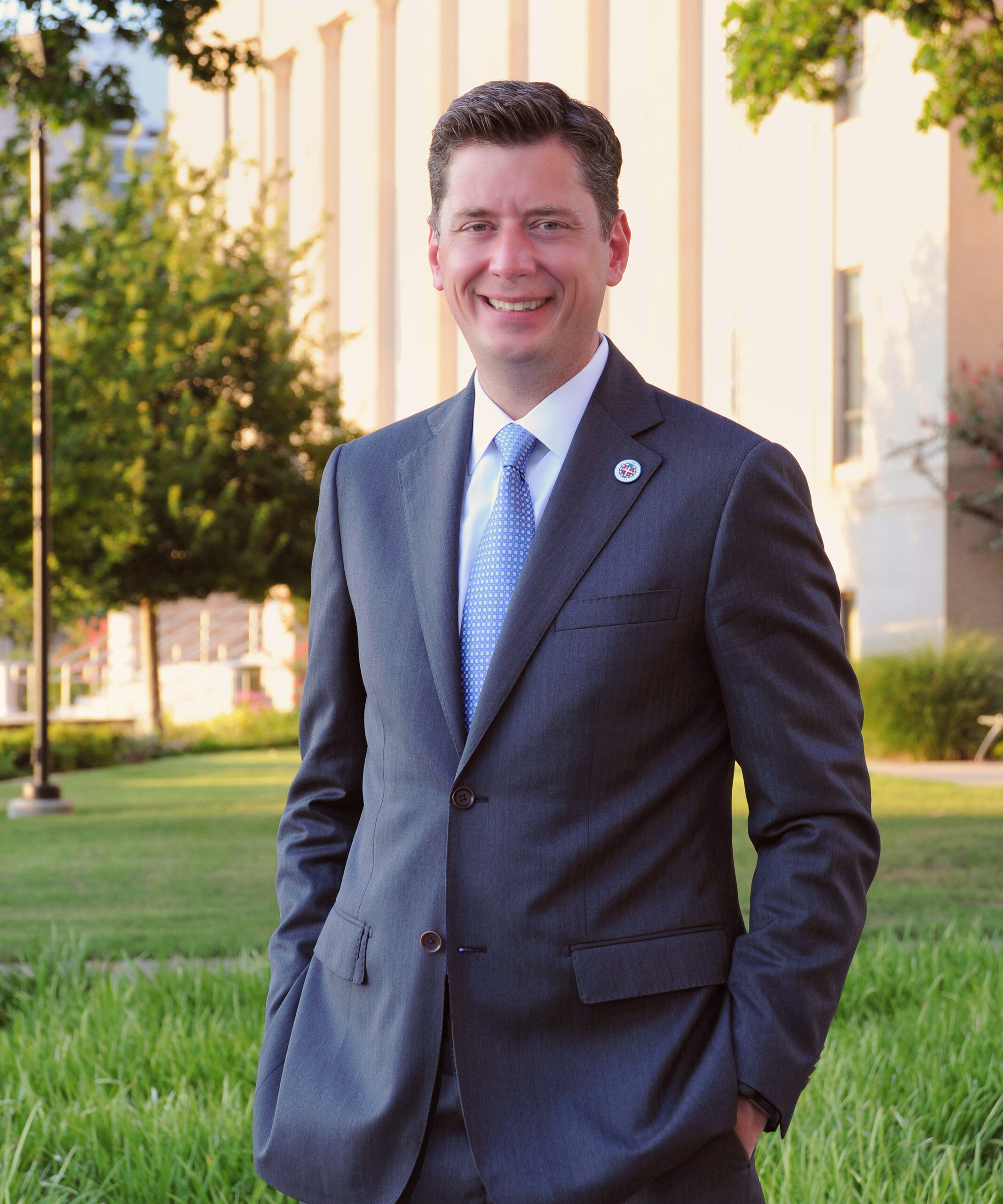 Season 2, Episode 1: In this first episode of the second season, we meet David Holt, the 36th Mayor of Oklahoma City. Mayor Holt took office in April 2018 receiving over three-fourths of the vote, in what seems like a remarkable feat in these divided times. He also holds other singular distinctions, including being the youngest mayor of a city with more than 500,000 residents and the first Native American mayor of OKC. His “One OKC” message highlights his belief that the city can only thrive if we find common purpose to unite us and not let our differences divide us. His signature MAPS4 initiative, which was passed unanimously by the City Council, was funded through a one-cent sales tax that was approved, again, with almost three-fourths of the vote—the most support for any sales tax in the city’s recent history.

In this webcast, Mayor Holt talks about his approach to inclusive governing, the keys to gaining those super-majorities, and what makes him tick. He discusses his experiences growing up in Oklahoma and moving for college and work to DC culminating with his return home. Interestingly, by the time he became Mayor, he had accumulated a wealth of experience at a relatively young age including writing “Big League City” chronicling the arrival of the Thunder and the rise of OKC. His candid conversation about facing difficult challenges, including a global pandemic, offer important leadership lessons during troubled times. While the webcast was recorded late last year, it holds important lessons for the present and the future about building broad coalitions and inclusive governing. We ask him if he plans to run for higher office. Tune in to find out and don’t miss the fun Final Four too!